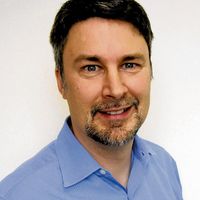 As an Irishman living in Silicon Valley for the last 10 years, this blog is a forum for my weekly observations.

I know it may go without saying, but there really is a big cultural difference between the US and Europe. When you speak to people here and ask them how business is, no-one here ever comes back to you with a “quite good” or “doing well” response. Here you have the world’s leading thinker in x sector, the markets are ‘awesome’, or the sales traction is ‘terrific.’ They personally are all ‘tremendous, ‘stoked’ or ‘crushing it.’!  Europeans here have to adapt and learn the lingo, or risk being so understated that people just think there’s nothing there.   Here is an irreverent guide to get you started on  “How to be a Californian: A look at the good and bad stereotypes”

European companies dream of being able to get funding from the Valley VC’s but in reality the bar is extraordinarily high. Several investors have said to me – “We want to invest in the extraordinary, category defining companies, at whatever price it takes, and we don't see enough of those companies in Europe.” We are looking for "growth without limits" and the sense is that European founders often find a level which is "good enough" rather than really going for the moon shot. The outcome being that you may fail, but aim high and fail big.

My reading this week in summary

Expect a Lot More M&A This Year and Next, Says Marc Andreessen

Venture capitalist Marc Andreessen spoke at the Bloomberg Technology conference and said he expects far more M&A than the tech industry has seen in recent years. ”Now, with many private company valuations down from their peaks last year, along with public companies that “now have to go shopping to fill in gaps in their portfolio,”  The buyers won’t necessarily be Facebook, Microsoft, and Google, he noted. “A lot more nontraditional buyers — Fortune 500 companies outside [of tech] are going shopping, [including] the car industry, other consumer products companies, clothing companies.” (Andreessen didn’t say so, but private equity firms also plainly see an opportunity to do some shopping right now.)

In a similar vein, from another Andreessen partner, Scott Kupor notes that what is notable about the recent spate of software M&A is that many deals are of the growth variety. [a16z]

Cereal pioneer Kellogg’s is launching a venture arm called eighteen94 (1894) Capital to invest in startups developing new ingredients, foods, packaging, and enabling technology. The fund, named for the company’s founding year, will invest about $100 million, with a focus on early-stage deals. The move follows venture arm launches by other big packaged food players, including Campbell and General Mills.

California has leapfrogged France and Brazil to become the world’s sixth-largest economy.  Using data from the International Monetary Fund and the U.S. Bureau of Economic Analysis, California jumped ahead two spots in the annual rankings in 2015, up from No. 8 the year before.

There were 387 active accelerators in 2015, and they invested $192 million in 8,836 startups across the globe, according to a new report from early stage investment platforms Gust and Fundacity. Accelerators cited Internet of things as the most interesting sector for future investment, followed by big data analytics and SaaS.

And while it was very sad to see Ireland exit the European soccor championships, it was great to see the passion of the fans and the amazing show they put on in France.

next week ...... some views from the Valley on Brexit

If you want to read more from me Follow me on Twitterorconnect on LinkedIn.